By Elmira Tanatarova For Mailonline

It’s the moment a mother and child were rescued from drowning on a Welsh beach after the woman fell and hit her head against rocks on a family walk.

The anonymous woman was with her two children when she was injured and trapped by the rising tide.

One of her children stayed with her and tried to comfort her while the other ran to the beach to sound the alarm.

The family were making their way between Rotherslade and Langland over the rocks when the mother fell and injured her head.

After that, she was unable to continue the trip and needed help, a Mumbles Coastguard Facebook post said.

A spokesperson for the Maritime and Coastguard Agency said: “Yesterday just before 4 p.m., the Mumbles Coast Guard Rescue Team, the Mumbles RNLI Lifeboat and the St Athan Search and Rescue Helicopter took off. was sent to Rotherslade Beach following reports of three people in need of assistance.

“One person had fallen from the rocks and needed medical assistance and was accompanied by two children.

“The injured person and one of the children were transported to safety by helicopter and taken to Morriston Hospital and the second child was in family care at the scene.” 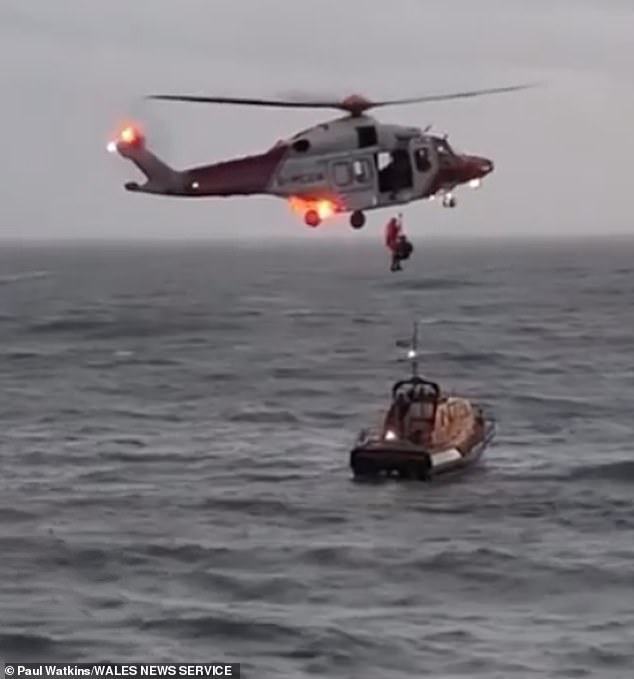 In a Facebook post, Mumbles RNLI said: “At 4pm our volunteer crews from the two lifeboats were called in to help 3 victims on the rocks between Langland and Rotherslade.

“The British Coast Guard’s Milford Haven report was aimed at helping two children and an adult with head injuries and cut off by the tide.

“Both boats advanced with the best speed with Coast Guard Helicopter 187 and the Mumbles Coastguard Rescue Team. 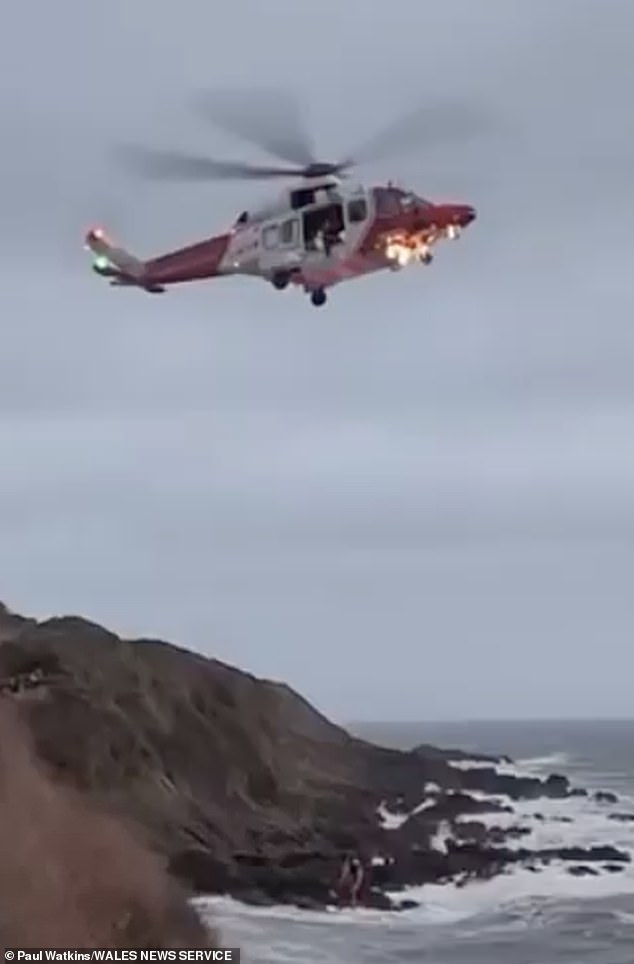 The anonymous woman, who was injured on the rocks, was at risk of being trapped by the rising tide on the Gower Peninsula

‘Following an assessment by the British Coast Guard paramedic, all victims were brought to safety by the helicopter while the safety blanket was operated by the two boats and the rescue team. Mumbles Cliff.

“The two boats returned to the station. “

A witness, Anthony Dyke of Newton said WalesOnline: “The Coast Guard cordoned off Rotherslade for a while in case the helicopter or lifeboat were to land on the beach.”