A fearless 6-year-old dog helped save over 100 injured koalas from Australian bushfires in 2019-2020.

Today the Australian Koolie named Bear was named a hero, winning an award from the International Fund for Animal Welfare (IFAW).

Bear was trained in Australia at the University of the Sunshine Coast, where their team of conservation scout dogs taught the former rescue dog to use his heightened sense of smell to hunt injured koalas among the ashes.

Researcher Dr Romane Cristescu, who leads the USC team, said Bear received “extra petting and play” after being honored via video at the IFAW Animal Action Awards in the House of Lords from London.

She said Bear’s sense of smell, as well as his enthusiasm for the game, made him ideal for research projects such as recognizing the scent of koala fur in the bush.

IFAW, which sponsors Bear, said the dog had been “a beacon of hope” as it searched for burnt habitat to help the USC / IFAW team and their partners save more than 100 koalas.

His exploits have brought him worldwide fame via his Instagram page, BearTheKoalaDog. 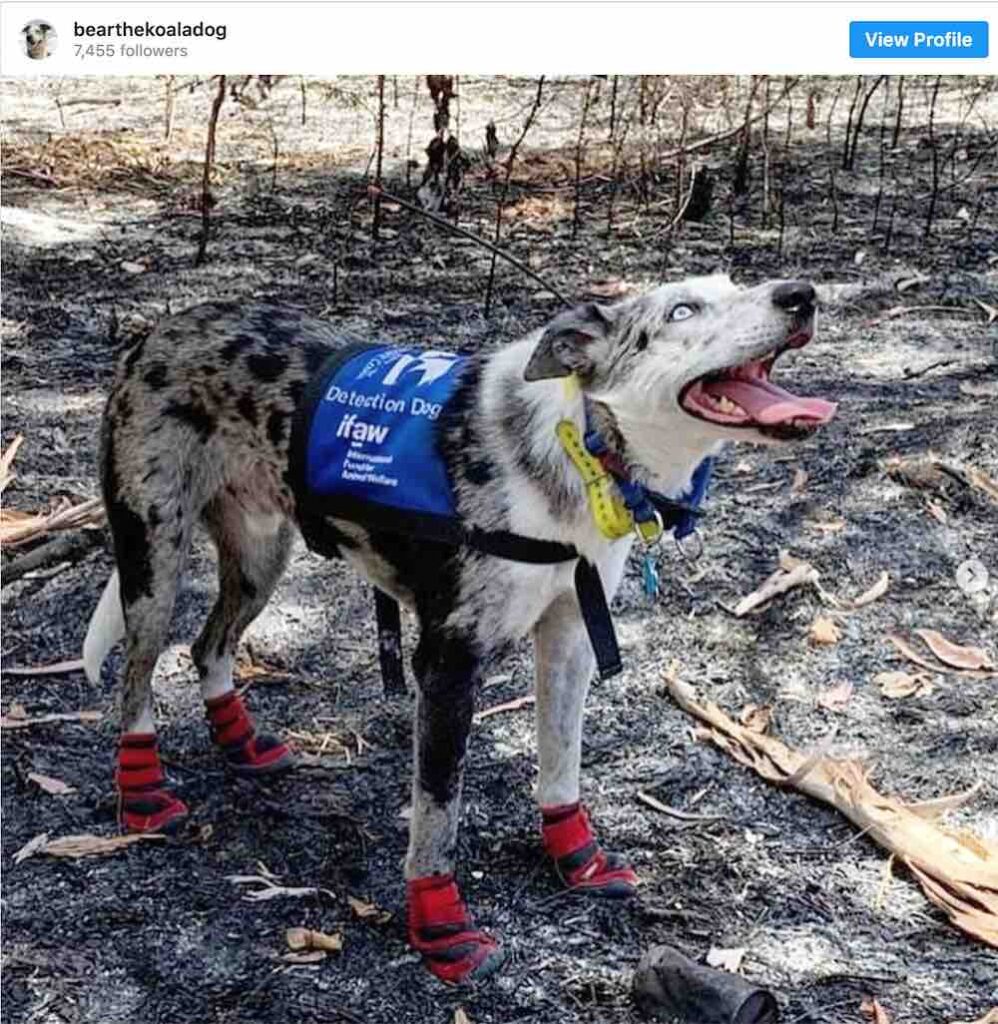 Previously, he had ended up in an animal shelter after his former owners abandoned him due to behavioral issues caused by his “boundless energy and obsessive enthusiasm for the game.”

RELATED: Italian dogs trained as rescuers save 20 lives every year – with new teams heading to Germany and the United States

“Bear and our team are studying the effects of the 2019-2020 bushfires on koala health and habitat density in collaboration with IFAW,” she said.

In addition, Bear has the daily task of locating koalas for rescue missions, working with local rescue groups.

“He is always happy to donate a paw to find koalas as part of Detection Dogs for Conservation’s other research endeavors. “

Below is a PBS video of Bear at work…

LOOK: Devious Dog fakes a coma to avoid the toilet in the rain – and it’s so cute